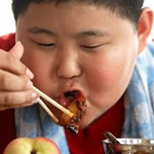 According to the Life Extension Foundation, Hispanic and Latino Americans have a 90% increased risk of developing diabetes compared to Caucasians. It is estimated that between 9.5% of Hispanic or Latin Americans older than 20 have Type 2 diabetes Ð thatÕs roughly 2.5 million people! Mexican Americans are 1.7 times more likely to have diabetes than any other Hispanic group. However, Puerto Ricans have the highest death rate from diabetes compared to all Hispanic groups with a rate of about 172 deaths per 100,000 cases of diabetes. Read more..

Studies indicate that individuals with African ancestry are almost twice as likely to get Type 2 diabetes than Caucasians. However, members of this ethnic group may be able to control their diabetes with good nutrition and exercise better than Caucasians. Read more..

Studies indicate that ethnicity and genetics play a large role in the onset of Type 2 diabetes .   Read more.. 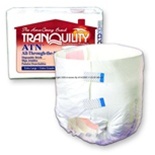