On the whole, natural sweeteners are safer and healthier for the body. Stevia and fruit juices give the body nutrients and minerals and may even help to regulate the blood sugar level. Stevia is calorie-free, so it will not cause weight gain or lead to complications of weight gain. Also, Stevia will not cause a fast rise in blood sugar.

The Coca Cola company has introduced the “Truviaå¨” brand. PepsoCo will introduce their execution of a Stevia natural sweetener. Look for them.

Fruit juice, however, does tend to contain a large amount of calories and does raise the blood sugar level when taken. Therefore, it is not recommended that Diabetics consume large amounts of fruit juice.

Artificial sweetener brands such as, Splenda å¨, Equal å¨, Sweet’N Low å¨, and Sunetta å¨ are widely used to help control weight. They are not converted to energy by the body to give calories. This means that they have no energy units that can be stored by the body as fat.

However, they do mimic the effects of sugar on the body. As such, when a person consumes an artificial sweetener, the body will not think that it has consumed sugar because the sucrose portion has been changed. The pancreas will not release insulin to deal with this ‘ghost’ sugar. Consequently, blood sugar levels will be unaffected. However, sugar alcohols are different.

The subject of side effects is quite controversial depending who supporters and opponents are.  Opponents believe there are serious side effects that are associated with many artificial sweeteners. The majority of these side effects are associated with Aspartame (Equal å¨). One key issue with Aspartame (Equal å¨) is it is not heat stable. Therefore it is broken down into components like ammonia by the body and at elevated temperatures during cooking and baking. Aspartame is partially broken down by the body’s digestive process. The by-product phenylanaline is dangerous to people with a specific disease. Aspartame accounts for about 70% of the sweetener market. There is little value in printing supposed medical problems due to the use of Aspartame.  Scientific data does not yet prove the side effects of this artificial sweetener. 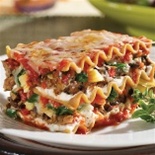