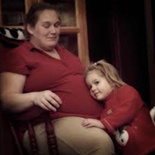 Gestational Diabetes – What You Need to Know

Gestational diabetes is often a temporary condition that affects about 135,000 women each year – that’s 4% of all women that get pregnant. gestational diabetes is a situation that occurs in which women have a high blood glucose level during the later stages of pregnancy, even when they have never had diabetes before. Usually, the diabetes goes away after the pregnancy, but it may return later in life.   Read more..

If your doctor has just told you that you have gestational diabetes, you may not know how concerned you should be. On one hand, you know that diabetes is a serious condition, and that may worry you. On the other, you’ve been told that this type of diabetes goes away after you deliver your baby, so you may think that you don’t have to do anything about it.