What is Type 2 Diabetes?

By Admin August 6, 2018 Diabetes Facts > Facts About Diabetes > What is Type 2 Diabetes?

What is Type 2 Diabetes?

What is Diabetes Mellitus?

Diabetes mellitus
is regarded as a chronic condition wherein the person’s blood-glucose
levels become excessively high. The hormone called insulin is the
substance, which is accountable in regulating the level of glucose in
the blood. Insulin should be present in the blood to assist the passage
of glucose into the cells. The cells will use the glucose as “energy”
for physical movement, growth, and tissue repair. Maintaining the sugar
level within the normal range is important, because an excess amount of
glucose in the blood may harm the blood vessels of the body; and may
lead to kidney diseases, diabetic blindness, limb amputation,
cerebrovascular accident, and cardiovascular disease.

As
stated by CDC, over 24 million individuals in America have acquired
diabetes mellitus in the year 2007, and out of this number,
approximately 6 million of these people are not aware of their
condition. They also state that approximately 1 million cases are newly
diagnosed each year. This condition can affect both men and women of
various age or ethnic groups.

Studies
show that Alaskan Natives and Pacific Islanders faces a higher risk of
acquiring this condition, compared to other race. This is due to many
factors, which may include but are not limited to: Genetics, diet, and
their lifestyle.

Get to know your Blood Sugar Levels… 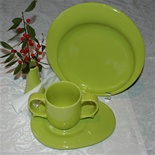